We have a small terrace garden. Nothing spectacular, an assortment of few plants. But we like to take care of this little garden. One of the plants that we have had for a long time is that of Son-chafa, also called Champaka. Botanically Magnolia champaka, this plant has amazingly fragrant yellow flowers that blossom almost throughout the year. Anyway, this is not a story about the plants or flowers. This is a story about small insects that we found on the plant one morning. From where they came, we have no idea. But overnight the plant was flooded with hundreds of tiny black caterpillar like insects. They were the size of a clove. And they looked dark black in colour. They also seemed to have some monstrous power of consuming the leaves of the tree. So we decided to get rid of them. But as photographers, we have a different way of doing things. I wanted to take a closer view of this newly found “Clove Caterpillar”. And so started a session of macro photography.

As I was seeing through the lens and clicking these insects, one of them crawled right to the edge of a leaf. And then suddenly there was a gush of wind and the insect was caught off balance. Down it fell.

I expected it to land on the floor. To my surprise I found the insect hangings mid-air with a thin thread.

Quite similar to spiders, this little fellow also had a lifeline attached to it. It kept hanging there for a while. And I kept watching.

After some time it started making slow movements. First turning round and then slowly swaying with the thread. Eventually the caterpillar started making almost dancelike movements in the air. This was getting very interesting.

As the dance went on, I realised that it had actually risen little higher.
This was a magical performance – Caterpillar twisting and turning and swaying in the air!
With every turn the thread was getting thicker and slowly pulling it up.

Nearly fifteen minutes of this splendid performance and the caterpillar was almost home.
Slowly and steadily it managed to get itself back on the leaf. It stayed like that for a while and then went on with its normal activity of eating the leaves, as if nothing had happened in between. 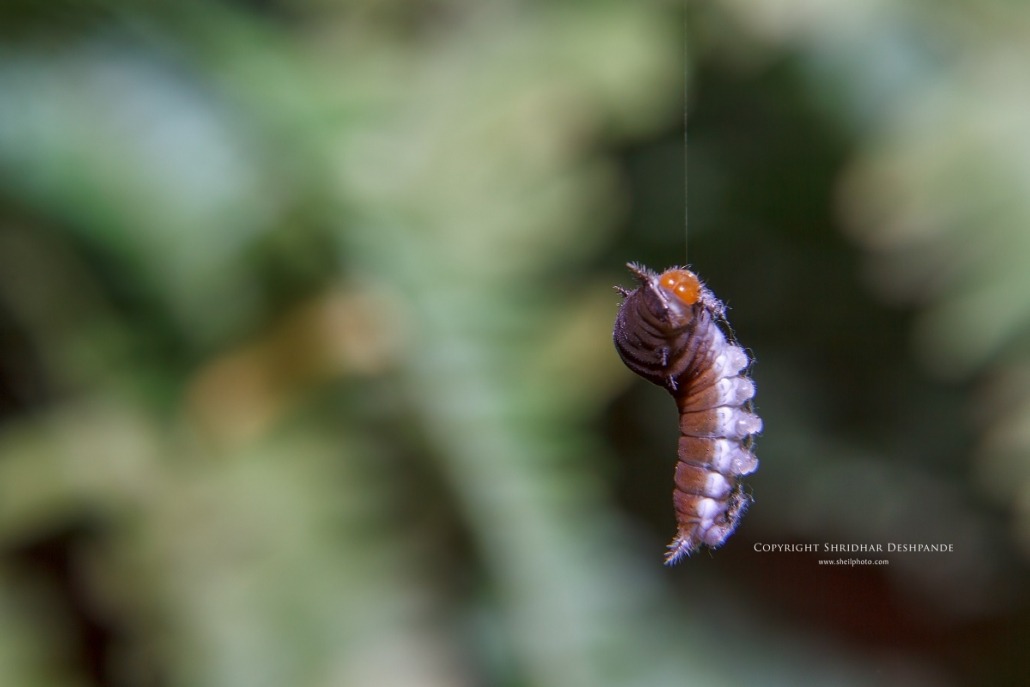 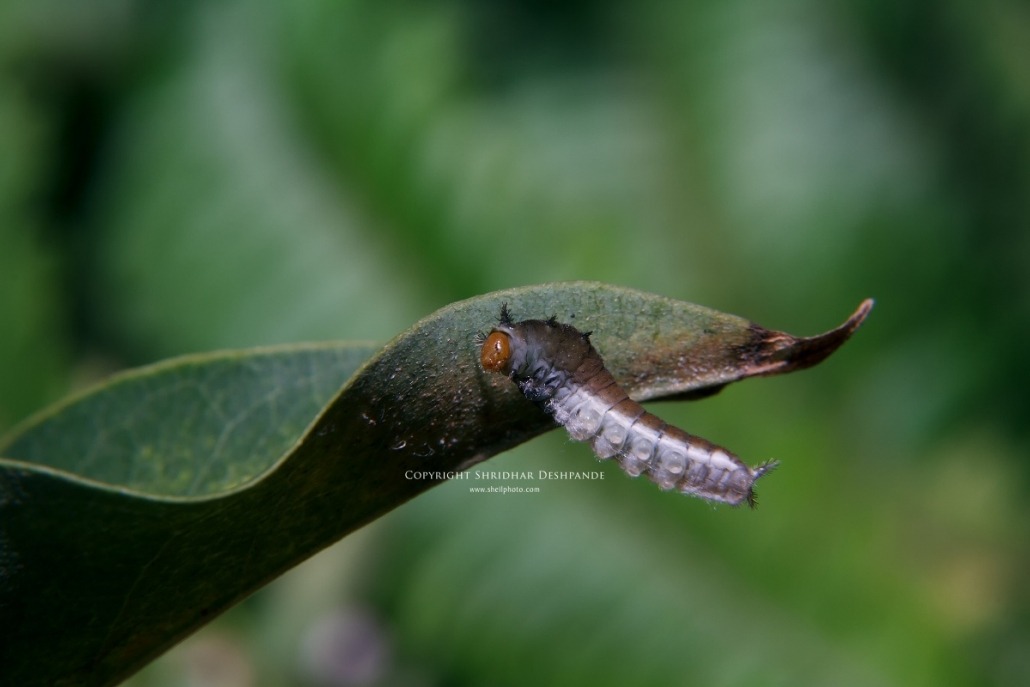 This whole show really got me thinking. Being on the edge, taking a fall, enjoying the fall and then rising up all over again! The perfect way of life.

We discarded the idea of getting rid of these little dancers. Instead we collected them on a piece of paper and put them in the bushes on a nearby hill.

After all who were we to decide the fate of anyone?

It also nurtures a group of students and fellow photographers to enrich the art of photography.
The group is called Earnest Photographers’ Group.

To join the group, one needs to participate in at least one of the training programs.

wonderful little story thoroughly enjoyed it. Looking at the pictures its seems the little fella knew about your presence. It is clearly posing for the money shot, in the 1st pic. 🙂